In February, Edgeware got these nifty historic panel to brighten up the ‘hood. This one features Christchurch figure Ice-Cream Charlie – Sali Mahomet. 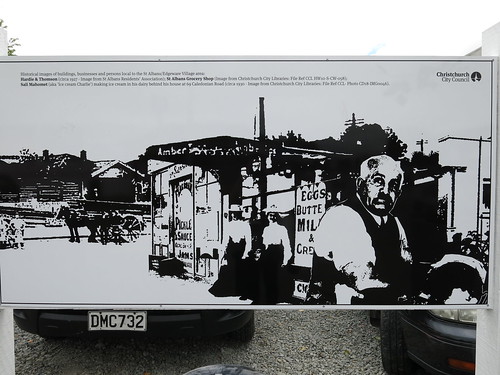 This doll is in a Christchurch hospital diorama. I found her rather fetching. 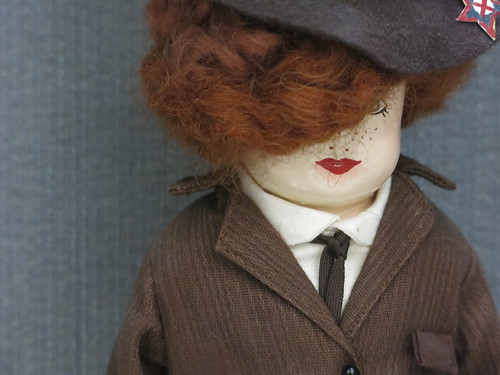 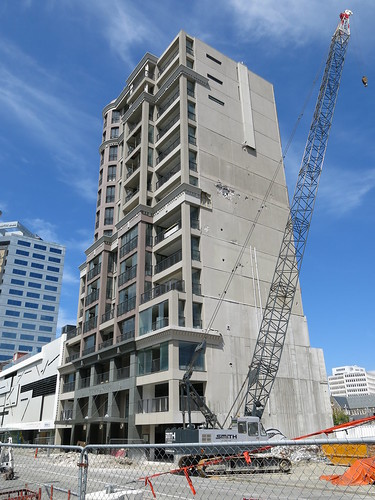 Waitangi Day evening – we paid a visit to New Brighton. 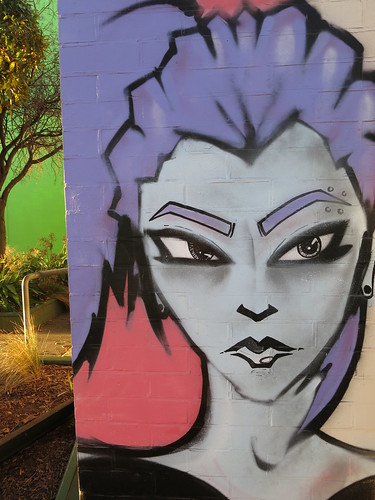 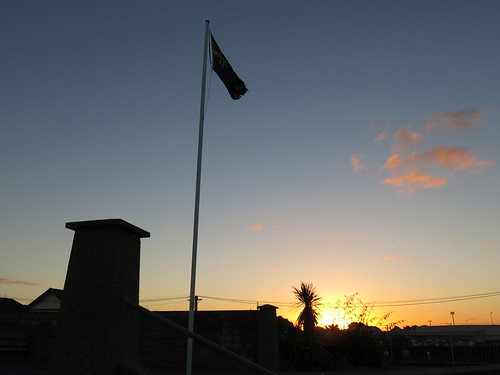 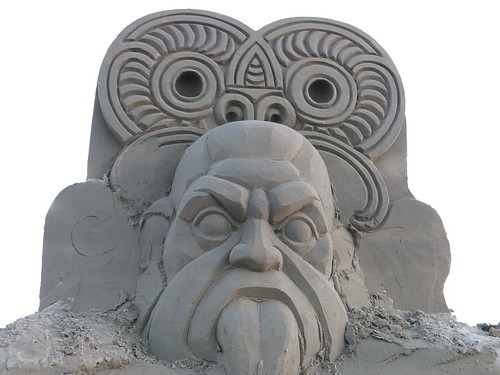 And in town, the vintage market moved to the corner of Colombo and Gloucester Streets. 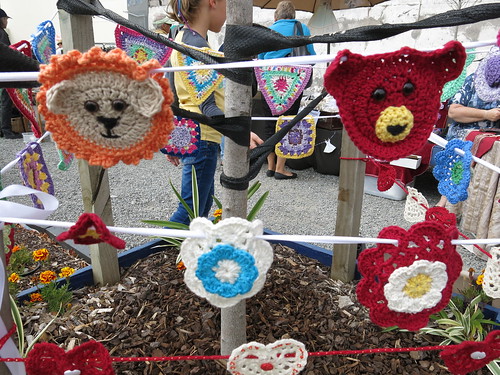 And we rode the tram for the first time. The commentary was fascinating. 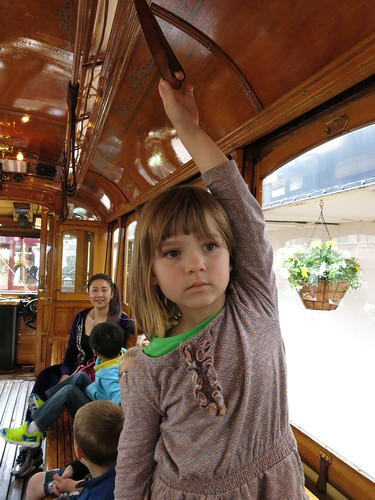 The Festival of Flowers took over Cathedral Square. 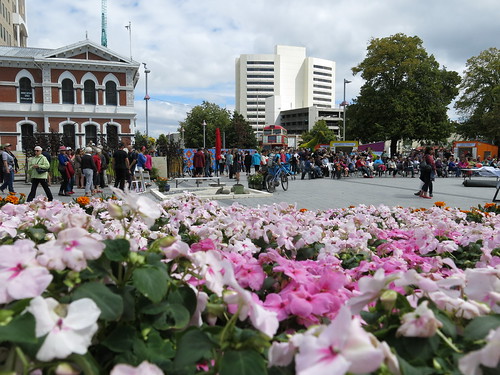 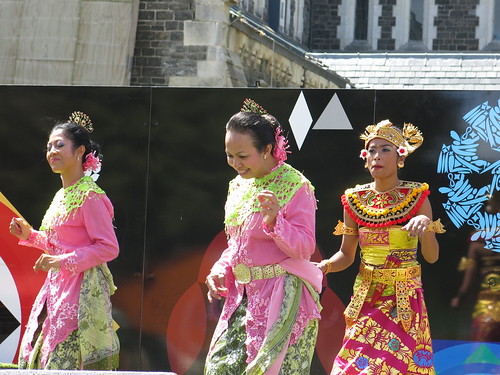 I went down the part of Hereford Street that had only just re-opened. And boy was the weather threatening. 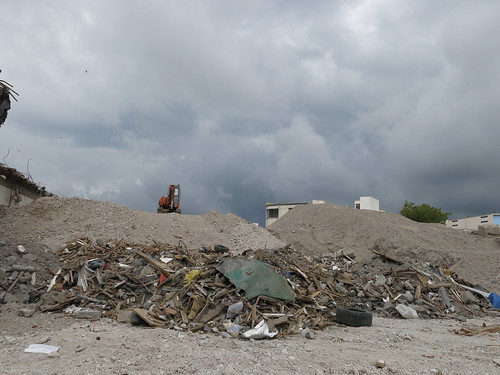 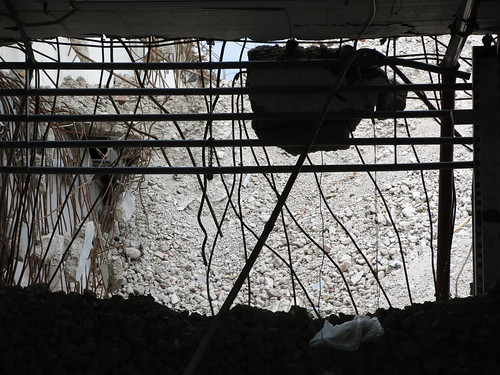 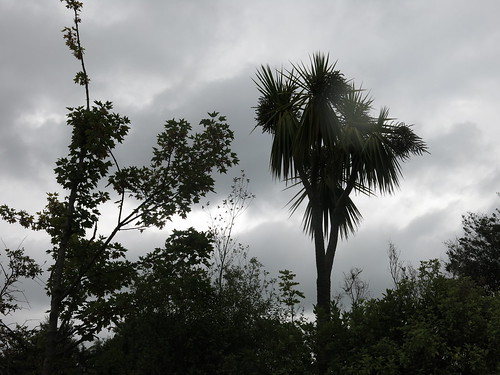 Ronnie says Hi to the workers. 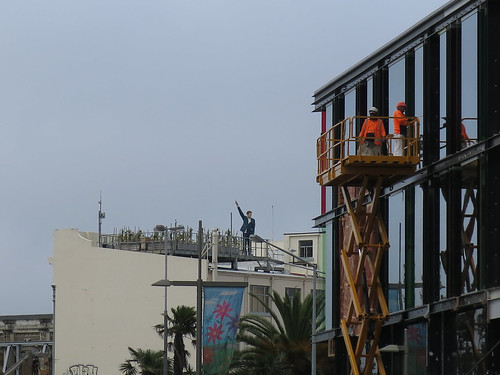 Government Life – could get a bit closer to the big brutalist thing. 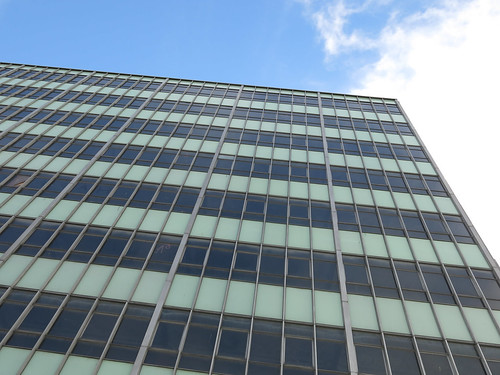 The pool on the corner of Gloucester and Colombo Streets (all gone and filled in now). 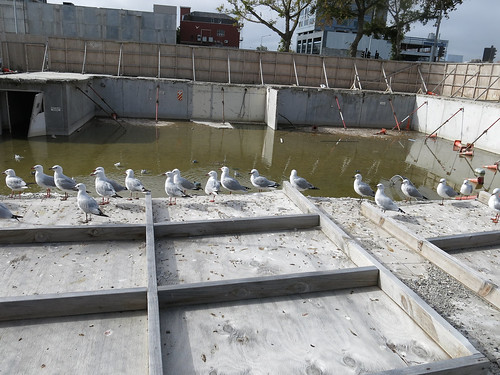 The Public Trust on Manchester Street coming down. 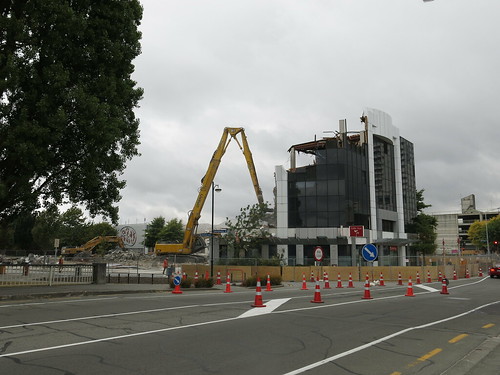 A rainbow in St Albans, a double rainbow even. 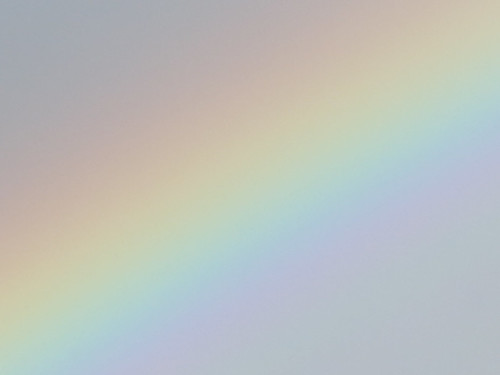 The special girl on her last day of kindy. 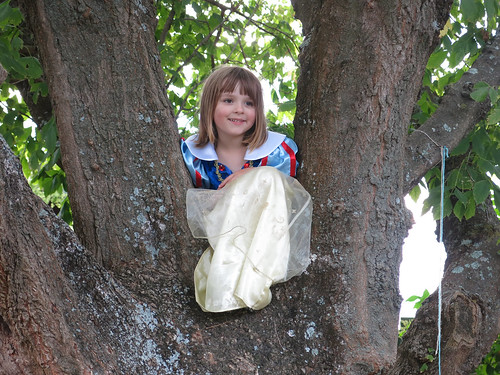 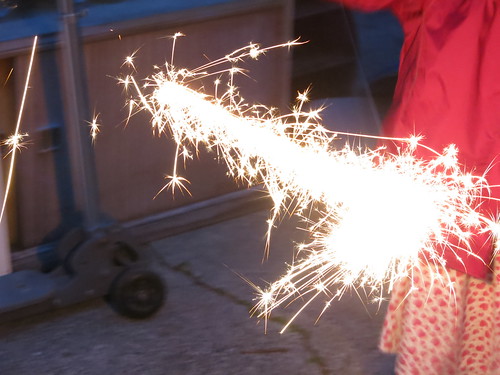 My usual commute is walking or bussing – or a combination of the two. Last week, Christchurch commuting was in the news as roadworks caused parts of central city traffic to come to a standstill (I’m looking at you, Durham Street). It’s nice that people use traffic snarls as a plug for using public transport instead – but buses get stuck in the traffic too.

Anyways, walking was the best option. I walk a lot and am surprised by how very few people I see doing the same. I see more people walking their dog in the morning than actually walking to get to work. That’s a shame.

I usually bus on a Monday as I am laden down with a heavy laptop. Normally I bus from Edgeware into the Central Station and then catch a bus to Linwood. There are four or five buses that head out that way. I was waiting for the bus at Edgeware before 7.30am. I waited a while at the stop – it said the bus was coming in one minute but it didn’t arrive until late. Then down Colombo Street, and onto Bealey Avenue. Traffic got sluggish there as traffic turned into Durham Street.

Half the people just got off the bus on Durham St. Me included. We give up. Don’t do Durham St dear people of #chch

The bus was so slow that on Durham Street before the Courts, the driver opened the doors to let us out to walk. We had been 45 minutes in traffic having only travelled a couple of kilometres. I walked to the Central Bus Station. I got there – the station was much quieter than usual – and a bus to Linwood arrived about ten minutes later.
The trip to Linwood from town was quick – it usually is. Most people are heading west not east.

I got picked up by my whanau – it was a quick ride going down Avonside Drive, down Fitzgerald, around onto Bealey and down Madras and side streets.
Very little traffic.
(15 minutes)

Tuesday 8 April – pouring with rain, foiling my plans to walk to work. Caught the Metrostar in Edgeware at 7.30, it took about 5 minutes to get to Shirley Road where I switched to the Orbiter after a ten minute wait. It dropped me at Eastgate then I walked to work – about a 7 minute walk. Was at work at 8.05am.
(35 minutes)

Still a bit wet out. Left work at 4.45pm. Caught the Orbiter from Eastgate and then caught the Metrostar at Shirley.
Point of interest: a license plate THEKLF
Music: Roaring classical on the bus
(50 minutes)

Walked to work, was on Edgeware Road at 6.50am. Was at the corner of Avonside Drive and Stanmore Road by 7.25am and at work in Linwood/Woolston by 7.55am

Finished work at 4.25pm. Was at the end of Linwood Ave in half an hour. Walked down Avonside Drive, down Fitzgerald, then Bealey then down Madras to Edgeware.

Point of interest: Man in long black coat making gestures at an empty house, then at the Regent Dome on Brittan Street.
Standout music: Hollertronix
(75 minutes)

Walking down Edgeware Road around 7.20am, crossed Hills, to Stanmore. Got some supplies then picked up a full Orbiter near the Stanmore Street corner by Avonside Drive. Off at Eastgate, down Linwood Ave.

Point of interest: Cops and cop cars swarming on Aldwins Road by Eastgate. Young woman pulled over, the contents of her car being spread out on the bonnet.
Standout music: Running with the XX (Notorious BIG and the XX)
(70 minutes)

I had to go to town so I got the #21 bus just before 5pm on Linwood Avenue,  and got off at CPIT on St Asaph Street.  Walked down Manchester Street, before switching to Colombo and catching a bus to Edgeware.  No traffic problems, but the walk took a while as I took pics of Owen Dippie’s ballerina art on the Theatre Royal, the old Millers/CCC building and other sights.

Working in town today. I was on Edgeware Road at 7am, walked down Colombo St. Was at Town Hall by 7.2opm. Switched to Manchester Street and was at work on Manchester (near Moorhouse Avenue) by 7.40am.

Point of interest: Friend’s old place on Colombo Street being demolished, can see the bones of it now including stairs to nowhere.
Standout music: Eels, Girl Talk
(40 minutes)

Lugging gear home, I walked a bit down Manchester, then swung onto Colombo Street, then a bus to get me home.
(50 minutes)